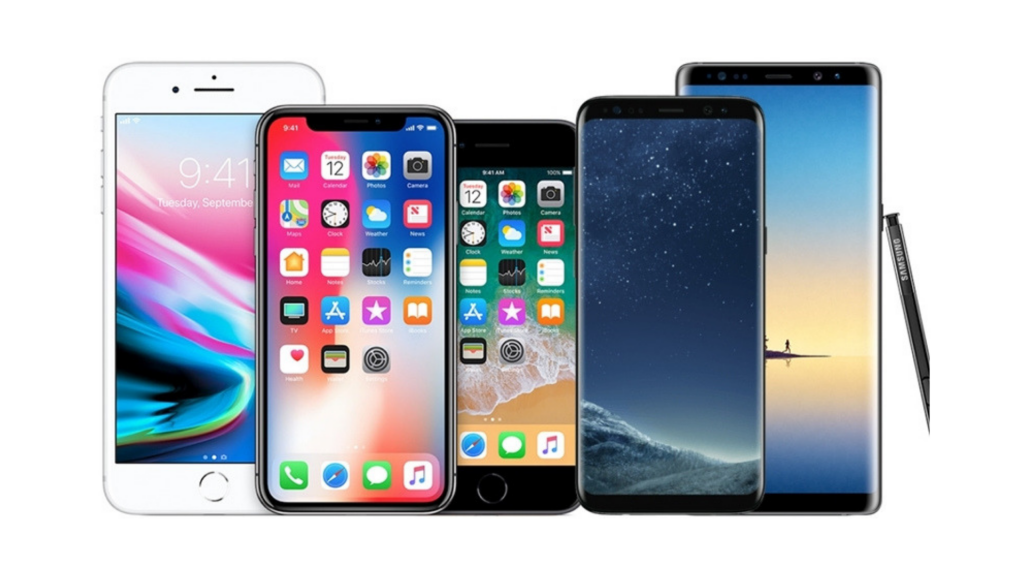 As smartphone sales decline in the UK, and the technological advances  from model to model diminish year by year, many consumers are beginning to ditch the conventional smartphone upgrade cycle. If you consider the prices of the latest models, it’s not difficult to see why. You’ll have to part with the best part of £1,000 for a gadget that’s only marginally better than your current phone.

Buying a refurbished phone could make perfect sense. But don’t confuse refurbished phones with used or second-hand phones. Only a refurbished handset will have been checked by engineers to ensure it’s in full working order and has been wiped clean of data. It will also be graded according to quality so you know what you’re getting and come with a warranty.

The most popular smartphones are:

If you don’t mind the lack of wireless charging, headphone jack and the superfast A11 Bionic processor, there’s much to admire in the iPhone 7. The handset features a 4.7” LCD display and a back that has been changed from aluminium to glass. Although there’s too much bezel, the iPhone 7 compares well to Apple’s latest models in terms of water resistance and battery life.

If you’re looking for something more versatile than an ordinary smartphone but more portable than a tablet, the Galaxy Note 8 with its S Pen is just the job! Featuring a dazzling 6.3” Infinity Display, fantastic dual cameras and practical and fun S Pen enhancements, the handset also gives strong overall performance and has very good battery life.

Formerly a little too expensive, now that the Note 9 is on the market, prices of the Note 8 have dropped to the point where you can bag one of these ‘phablets’ for as little as £300. And that’s a great price for a handset with dual-lens camera, a Snapdragon 835 processor, 6GB of RAM and a microSD slot for expandable memory up to 512GB!

Apart from the awkward position of the fingerprint sensor, the Galaxy Note 8 is still one of the best big-screen phones out.

The 6S features the A9 processor, a higher-resolution camera, Live Photos and was, notably, the first phone to incorporate 3D Touch-screen technology. The display is good with plenty of detail on show and viewing angles are excellent.

The 3D Touch can be a time-saver, enabling you to jump straight to video mode on the camera or send a new message on Twitter without having to navigate to the respective menu in the app.

The main drawback, however, is the poor battery life which the more powerful processor could have improved, but was used instead to deliver 3D Touch and improved graphics.

The Pixel 2 XL has seen prices fall since the Pixel 3 was launched. The handset with front and rear cameras features a sharp and colourful 6” OLED screen, a Snapdragon 835 processor and benefits from two further years of software support as well as the upgrade to Android 9 Pie issued last year.

One of the smartest phones ever with a versatile Google Assistant that can be summoned with a squeeze, an impressive new object recognition feature in the camera app and long battery life. Produces great photo quality with Portrait mode and is faster than the Galaxy S8.

A smart choice despite sizeable bezels, a relatively small screen and no wireless charging or headphone jack.

Although the Galaxy S9 has drawn criticism for being virtually identical to  the previous generation, one advantage for consumers is that you can nab a 5.8” S8 with the same lush exterior and AMOLED Infinity Display as the latest model, but at a substantially lower price.

The Snapdragon 835 may no longer be the most powerful, but it’s still speedy enough for everything except, perhaps, the most complex games played at the highest graphical settings.

Highly rated for its ultra-sleek design, a display considered to be the best on the market, a category-leading performance and excellent battery life. All this and a sharper selfie cam and improved rear camera!

Minor grumbles include the fact that Bixby Vision, the smart interface with voice interaction, can be unreliable, the fingerprint sensor is awkwardly placed and the phone lacks dual cameras for optical zoom.

You can you buy these refurbished smartphones at specialist retailers such as www.ineedamobile.com.