There’s no harder kick in the teeth in the technology world than needing a new phone and your budget holding you back from getting the one you want. All seems lost. You’re resigned to settling on a cheaper phone, until …

Until you find a deal for the phone you want for significantly less than other retailers are selling it for. You’re about to pull the trigger, but something catches your eye… the listing says REFURBISHED.

What on earth’s that all about?

Refurbished basically means the phone has been used before, and this simple fact means you could save hundreds of pounds on the new price.

Here’s a scenario: you want a flagship or top-tier smartphone, but you don’t want to feel financially uncomfortable buying it. You could have a budget, or money might just be tight for you right now. Either way, you need a phone and you want something that will serve you well – but you also want something nice.

If that sounds familiar, a refurbished phone is perfect.

What is a refurbished phone?

A ‘refurbished’ phone is better than a used or second-hand phone. It is a phone that has been traded in or returned, tested and repaired if necessary, and then graded so it can be put back on sale with a guarantee or warranty. The kicker? You’ll save big ££££s on the cost when new. 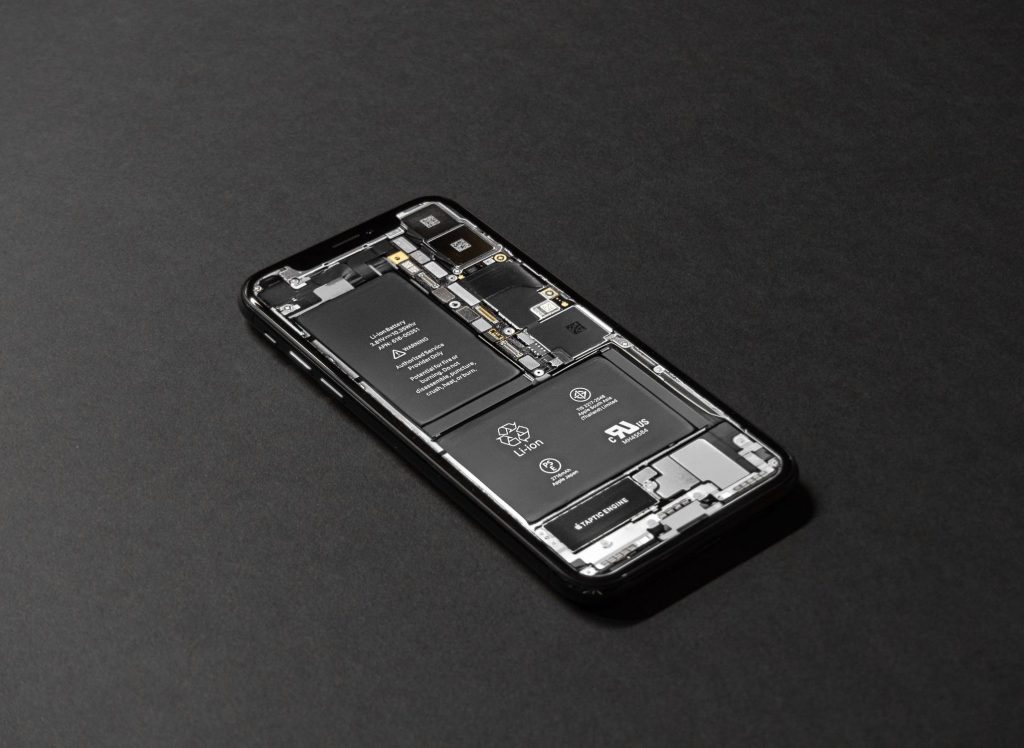 It’s easy to picture a dirty and grubby handset when you hear the word refurbished, but your opinion would soon change if we handed you one. In fact, you might have a hard time distinguishing it from a brand-new device.

Where do refurbished phones come from?

Refurbished phones aren’t new, so where do they come from?

The answer is quite simple – they are either a product return or a trade-in, and refurbishment companies buy them in bulk. They then test them, grade them and fix them if necessary so they can go back on sale.

The majority of refurbished phones are returns and most of these are processed by networks and retailers during the buyer’s cooling-off period (14 days or 30 days from purchase). The retailer is unable to sell these devices as new, so they categorise them as refurbished after testing, which is the next best thing. In this case, you will get an almost brand-new phone that has seen a few days of use.

Other times, refurbs are previously broken phones that have been repaired in line with manufacturer specifications. These devices can also be just a few months old, so it can be hard to distinguish them from new devices. Common repairs include screen replacements, battery replacements and sensor replacements.

Some refurbs are also trade-ins. This is when someone has traded in their old phone for a new one. What makes this different from a used phone is the fact the phone has been fully tested and if necessary repaired with a warranty to back it up. Since these are trade-ins, you can expect the condition to be poorer overall.

Speaking of condition, the condition of refurbished phones is defined by a “grade”.

Refurbished grades exist to give you a better idea of what to expect from a refurbished product. Phones are graded according to their cosmetic condition.

In other words, the more visibly used the phone is the lower its grade.

We can’t speak for all refurbished phones, but we can speak for the phones we sell and the way we grade devices is similar across the industry.

Some companies use an equivalent system which looks like this:

We use Pristine, Very Good and Average because we think this is a more understandable system for those unfamiliar with refurbished devices.

Damaged phones like the one above are repaired using OEM parts and then graded according to their cosmetic condition.

Here’s what to expect with refurbished phone grades:

This is the highest refurbished grade. A refurbished phone graded Pristine is in as new condition. It will have no marks, scratches, scuffs or signs of wear. It is probably a working return or had a broken screen that has been replaced.

A refurbished phone graded Very Good is in lightly used condition. To meet this grade, it’s allowed to have light scratches on the screen and body. It isn’t allowed to have deep dings, scratches or marks. It should appear well cared for.

A refurbished phone graded Average is in used condition. It’s allowed to have visible scratches on the screen and body, and it may have wear on the corners. It isn’t allowed to be deformed. It should function and work just fine.

How much could I save?

Let’s get down to brass tacks: we’d wager a chunk of cash that the reason you are interested in a refurbished phone is to save money. If we’re right, you’ll be pleased to know you could save as much as 30% with a refurbished phone versus buying new.

The biggest advantage of buying a refurbished phone is the price. On average, our customers save £100 to £200 over the cost of new.

How much you’ll save depends on the age of the phone and the condition.

With phones that were released in the last 12 months (new models), the average saving with a Pristine refurbished model is 15%. With a Very Good (Grade B) model, you will save up to 25% on the cost of new.

With phones that were released 12 to 18 months ago (older models), the average saving with a Pristine refurbished model is 35% (this number is more than double that of a handset released in the last 12 months because of depreciation). With a Very Good (Grade B) model, you will save up to 50% on the cost of new.

Refurbished phones that are two generations old or more will typically offer savings of up to £400 or 75% to 85% over the cost when new.

Because all our refurbished phones are thoroughly tested and inspected, we are able to provide a complete warranty with all products.

All our refurbished phones come with a 12-month warranty, but some companies only provide a 3 or 6-month warranty, so keep an eye out for this. Our warranty guarantees your phone will function as intended for a minimum of 12-months, subject to fair wear and tear conditions – the same as with a brand-new phone.

The longer the warranty the better as far as we’re concerned. 12-months is what most manufacturers supply with their products, so we followed suit. Make sure wherever you buy your refurbished phone from that you get a warranty for complete peace of mind.