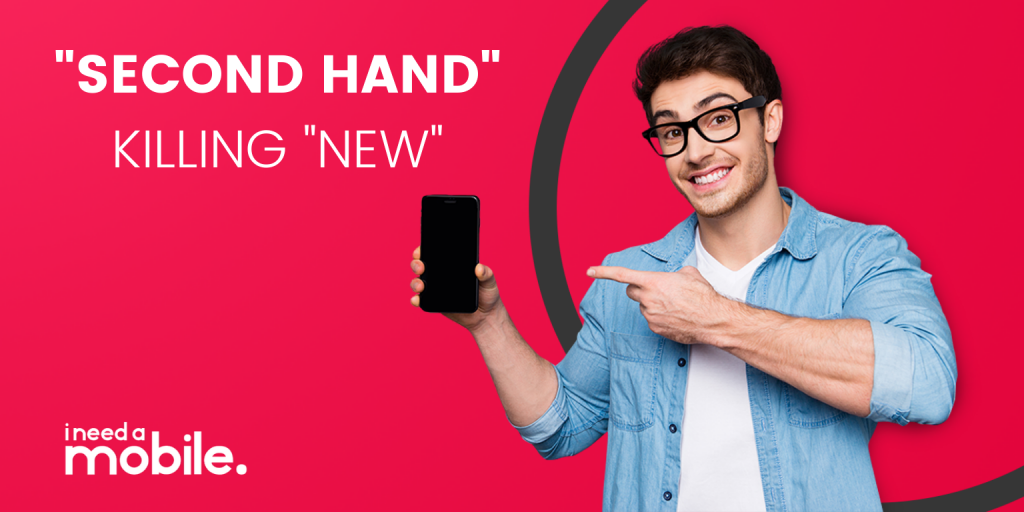 Second-hand or ‘second-life’ smartphones include repaired and refurbished models as well as those just collected and sold as is. But the fact that we are keeping our handsets for longer is reducing the demand for new devices.

And as Tom Kang, Counterpoint research director, points out, the slowdown in innovation means that two-year-old flagship smartphones are now comparable in design and features to the most recent mid-range phones. As such, the mid to low-end market for new devices is being replaced steadily by refurbished high-end handsets, mostly Apple iPhones and, to a lesser extent, Samsung Galaxy smartphones.

Apple and Samsung devices take around 75% of the pre-owned market, with Apple leading by a substantial margin. Naturally, Apple is delighted with the news which reflects CEO Tim Cook’s philosophy that ‘the more people on iPhones, the better’ and mirrors Apple’s ecosystem approach: get consumers in early via hand-me-downs and lock them in.

The refurbishment market is also boosted by other factors. Phone stores such as ineedamobile.com and guides from iFixit make it cheaper and easier than ever to replace a broken screen or insert a new battery. Meanwhile, the right-to-repair movement is forging ahead in an attempt to make it far easier than now, when gaining access to a handset’s innards is still problematic.

Another important reason for the dramatic increase in sales of our old phones is that new phones just aren’t as alluring as they once were. Evidently, innovation saturation has occurred in the smartphone market, where many brands are embracing a safer ‘steady as she goes’ mobile strategy, removing the need for annual upgrades.

The Samsung Galaxy S9 is a perfect example of refinement over the earlier S8: small design tweaks and higher specs, but at a considerable price for those who just want the latest model. Similarly, the iPhone 8 represents only incremental improvement over the iPhone 7, yet it’s regarded by those in the know as a better device.

These tiny steps enable companies to take their time to introduce the ‘next big thing’. The approach favours perfecting tech rather than rushing out new handsets. That said, Sony and OnePlus are playing the much shorter six-month cycle, while LG is an example of a major shift in the industry － putting an end to annual upgrades.

Cho Seong-jin, Vice-Chairman of LG Electronics, has said that the company will unveil new smartphones as and when they are needed, but he does not intend to follow in the footsteps of rivals. He added that the company plans to increase the longevity of existing models by unveiling variations of the G and V series.

There’s a growing level of sophistication in the second-hand market too, to the point that resale values are well understood. Peter Richardson, Counterpoint’s Research Director, stated in their report that the second-hand mobile industry is now a worldwide phenomenon, with the USA and Europe experiencing the highest volume of sales, while the fastest growing markets for refurbishment include Africa, SE Asia and India.

All these regions have seen initiatives from telecoms operators such as Verizon and Vodafone; OEMs such as Apple; and major distributors such as Brightstar, who are adding full life-cycle services. The industry uses data analysis to predict future resale values of handsets, which means consumers can be given a guaranteed buy-back value at various points during their ownership, a trend that is expected to continue apace.

The key finding of the data analysis is that, unsurprisingly, buying a device made by a well-known and trusted brand is important, and that Apple, Samsung and the Google range have held up best. Furthermore, resale price reductions on 2016 handsets were found to be around 25-25%, whereas 2017 reductions were closer to 20-25%, indicating that as the second-hand smartphone market grows, resale values also increase.

A look at an Amazon price tracker such as camelcamelcamel.com shows that the retail value of a 64GB iPhone X has fallen around 17% since launch. The 64GB Galaxy S8 has only fallen by around 18% since launch, which isn’t that bad considering that it’s been succeeded by the S9. But it’s worth noting that the low volume of sales has pushed up the total discount to 21%.

One reason for the low sales could be that only 25% of handsets make it back to the market. Although a lot is talked about planned obsolescence in mobiles preventing problem-free usage beyond 18-24 months, it may be that handsets remain viable for longer, and that is why 75% of devices don’t return to the market. Another reason could be that hand-me-downs to family and friends don’t enter the statistics.

However, with the second-hand market growing, it may be time to consider the resale value of your current device and how the value of your future smartphones will hold up. If the industry cannot create genuine innovation, and important features such as screens and cameras progress only from very good to very very good, we could start to see second-hand mobile phones as seriously good alternatives.

Assuming the mobile phone industry continues to manufacture flagship handsets, the pressure will be on to present the high-end market as always desirable to those with last year’s models, and persuade the mid-range community not to buy used flagship models instead of new.