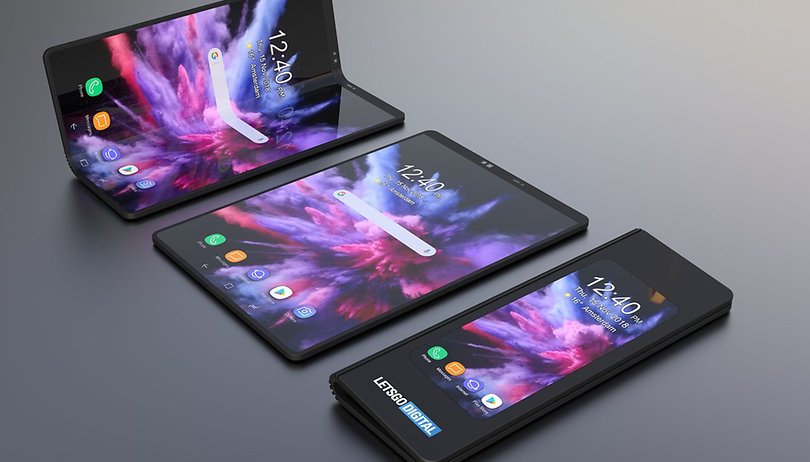 Something very odd is happening to Samsung’s brand new technology. It’s breaking down! The Galaxy Fold, a new foldable smartphone that opens up to form a small tablet and was set to cost £1,800 in the UK, was sent to reviewers prior to the planned release date of May 3. Some of them began to report that their phones broke after just two days of use.

A reviewer has written of a crease appearing in the display where it folds, causing the screen to crack. Some have peeled off the top layer of the screen, mistaking it for a protective cover, while others have been unable to figure out what the problem is.

One user noticed that his phone developed a strange bulge near the hinge that eventually broke the screen, and another couldn’t get his phone to switch on. Several reported their screens flickering, freezing and finally dying on their test units within the first couple of days.

As a result, Samsung has delayed the planned launch, is currently running tests and will announce a new launch date in the “coming weeks”. So what’s gone wrong? In a statement, Samsung has said it suspected the damage experienced by some reviewers was caused by “pressure on the exposed top and bottom areas of the hinge”. The statement also mentioned “substances” that had been found in one handset that could have affected its performance. The company went on to say that they would issue more detailed guidance on the use and care of the screen, including the protective layer.

The delay is undoubtedly a setback for Samsung and the smartphone manufacturers, who had hoped the folding phone would kick-start a new era of technical innovation in the industry. To be fair, the Galaxy Fold was never intended to be a mass market product, rather one that showcased Samsung as a creative and progressive gadget maker and drew consumers into their stores.

Now it’s becoming an embarrassment, conjuring up memories of another botched launch: the “exploding” Galaxy Note 7 smartphone. Both Samsung and Huawei say their folding screens can be opened and closed 100,000 times without breaking, based on laboratory tests. But in reality, reviewers have seen Samsung’s device destroyed in fewer than a couple of days.

So is this the end for foldable phones? Not exactly. The Galaxy Fold is a first-generation device that’s full of promise but is still a little clunky and hugely expensive. The problem could be the race with Huawei to launch a foldable phone. The launch date of May 3 was always questionable. The device was officially unveiled at an event in February. A week later at Mobile World Congress, the handset could be viewed through a plate-glass window but not handled. The same day, journalists were able to handle Huawei’s
(still not released) foldable, the Mate X.

Reviewers were sceptical about the design of the display － that it would let dirt and debris fall behind the screen － and whether the screen would withstand normal everyday wear without the protection of a covering similar to Gorilla Glass. Dow Corning has stated that it’s working on just such a material, but it appears Samsung wasn’t willing to wait for its launch.

In retrospect, the process of bringing the technology to market has been one of a leisurely jog followed by a mad dash to the red tape. While Samsung has showcased flexible display technology since the Consumer Electronics Show (CES) in 2011, the company no doubt felt that 2019 would be a make or break year for them. Royole launched the FlexPai late last year; Huawei’s afore-mentioned device was seen in February; then came a blueprint from TCL. Around the same time, Xiaomi showed off its handset and leaks have highlighted competition from companies such as Motorola.

Samsung obviously wanted badly to be second to the market after Royole. It’s a stumble but could have been worse. Compared to the Note 7 fiasco, no Galaxy Folds were shipped, none of them exploded and they haven’t been banned by any airline. What will this episode mean for Samsung and foldable phones? Probably not much. The future success of both the phone and the category will be determined by consumer demand. Remember how, in the case of the Note 7, Samsung turned battery safety from a concern to a feature with its eight-point battery testing?