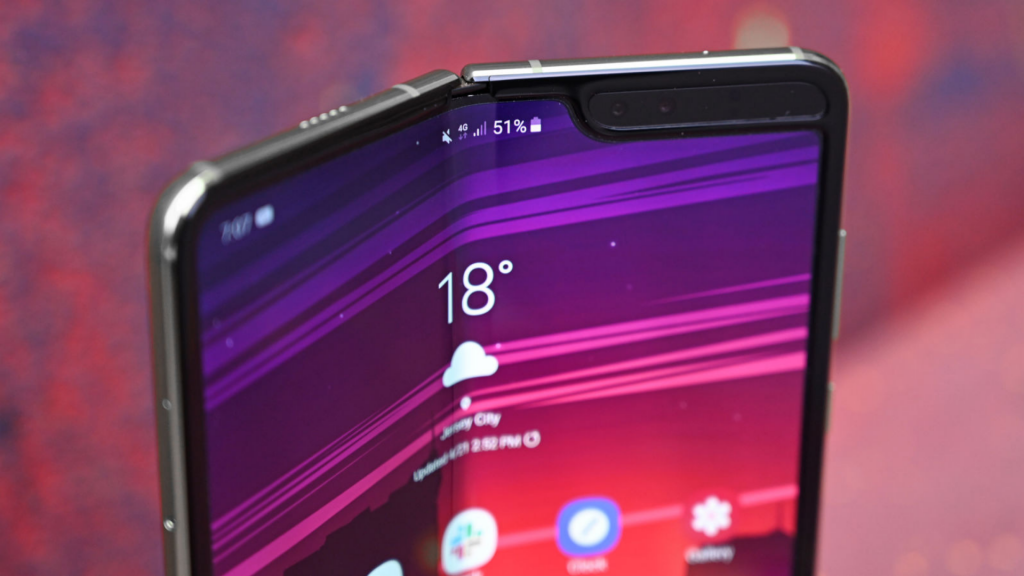 Ever since Samsung broke the news of launching its upcoming Galaxy Fold smartphone, mobile phone lovers have been in a frenzy. After all, who can blame them?

The South Korean giant’s radical, yet innovative approach to smartphone design – the first of its kind – gives users the luxury of a day-to-day smartphone along with the media-rich experience of tablet simply by folding the device.

Samsung has currently put the release of the phone on fold, following durability issues with its screens. Now, it is expected to hit the shelves next month. Until that happens, let’s take an up-close look at the features, pros and cons of the first ever ‘foldable’ smartphone to decide if it’s worth buying or not.

The Galaxy Fold packs a plethora of features. With 4.7 inch and 7.3 foldable AMOLED display screens, 12GB RAM, 6 embedded camera system, 512 GB storage capacity, and a 4.380mAH Lithium-ion battery, the Fold ticks all the right boxes to be one of the best smartphones you can own.

Most important of all, it runs on the Samsung One UI, Android 9.0 Pie OS, and is powered by Qualcomm’s latest Snapdragon 855 engine, which includes a three-part core cluster chip technology, which easily makes the Galaxy Fold a lightning-fast device.

As for camera and video recording, the smartphone boasts a 12 megapixel rear camera dual pixel technology and a 4K and 2160p recording capacity – more than the bare essentials for taking high quality pictures and clips with your family and friends.

Without a doubt, the Fold offers key benefits to smartphone lovers. These include:

The device’s impressive 7.3 inch AMOLED display, 1536 pixels and 2480 x 2200 resolution is the perfect way to enjoy streaming Netflix movies, watch TV shows, play games or get the most out of Android’s mobile app viewing experience.

Other large screen smartphones, such as the Honor View 20, OnePlus 6T, and Samsung’s very own S10+, also come with over a thousand pixels and 6 inch screens. But, the Fold easily takes the win over these devices, owing to its crisp, clear multimedia and gaming experience of a tablet that can easily be folded to a 4.7 inch screen for portability.

Another great benefit of the foldable smartphone is the ease in which apps, like Twitter, Google Maps, and YouTube, adjust from the 4.7 inch screen to the larger 7.3 inch one and back upon folding or unfolding. There are no lags or delays of apps adjusting to either screen size, making the experience truly rewarding. Watch a YouTube video on the small screen, and you can instantly take advantage of the 7.3 inch view with a fold.

While split screening has been around in smartphones for a while, the Galaxy Fold lets you use 3 apps at once. Ever wanted to listen to songs on YouTube, be online on Facebook, and message your contacts all at once? With the Fold, this is as smooth and intuitive as you can think of – a testament of the device’s robust operating system and processing engine.

Despite these advantages, the Fold is not without some limitations. These include:

Perhaps the most noticeable drawback is the how the device feels in the hand. Weighing at 263 grams, the device is pretty thick and heavy, and can be a tiring to use the phone with one hand over time. Unfolded, the gap between the two sides is fairly observable, and keeping the phone inside your trouser pockets isn’t exactly comfortable.

The Galaxy Fold’s battery life is also a downside. While the 4380 mAh battery Li-ion battery does fair better than that of other smartphones like Samsung S10+ and Honor View 20, it doesn’t beat Motorola One Power’s 5000 mAh or even Huawei Note 8’S 4500 mAh. This is especially disappointing, considering the device’s dual AMOLED display and high-performance specs that can drain the battery life pretty quickly.

While the Fold is equipped with a 12 GB RAM, the lack of a microSD slot is quite a let down. The device does have an inbuilt storage capacity of 512GB, but for users who have grown used to the concept of using expandable storage, it can be a turn off.

Check out the full review here:

Priced at ￡1,800, the yet-to-be-released Samsung Galaxy Fold can be an excellent phone for you if you value its high-octane specs, dual displays and super-charged processing over its clunkiness and average battery life.

However, if you’re in the market for something cheaper, check out our list of second hand phones and cheap phone deals on https://www.ineedamobile.com/.