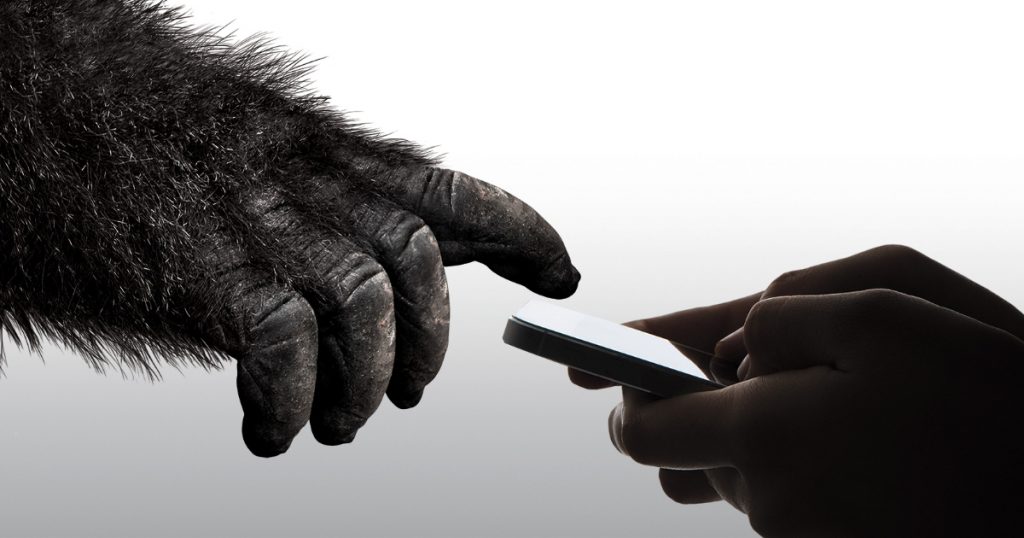 Corning Inc has unveiled the latest version of Gorilla Glass, which they say is twice as likely to survive drops from 1 meter than its predecessor. Phones are getting bigger and come with glass on the back as well as the front, the potential for smashed devices has only gone up. While phone cases have helped, it does not make a phone immune to being shattered or facing the impact of stress, being bent, squeezed, bumped in a pocket or bag.

“With breaks during drops being a probabilistic event, the added compression helps increase, on average, the likelihood of survival through multiple drop events,” said Dr Jaymin Amin, vice president of technology and product development at Corning.

Gorilla Glass 6 survived an average of 15 drops onto rough surfaces. Compared to only 11 for the previous version, making it more resistant, “Gorilla Glass 6 improves upon Gorilla Glass 5 by surviving drops from higher heights, but, more importantly, has been engineered to survive multiple drops,” said John Bayne, vice president and general manager for Corning Gorilla Glass.

Apple’s current iPhone, Samsung’s Galaxy S9 and the majority of premium smartphones today, all use the older Gorilla Glass 5. Corning announced Gorilla Glass 6, will be in the market in several months. With multiple iPhones expected, the new Google Pixel and the next edition of the Samsung Galaxy, your next smartphone might survive much longer.