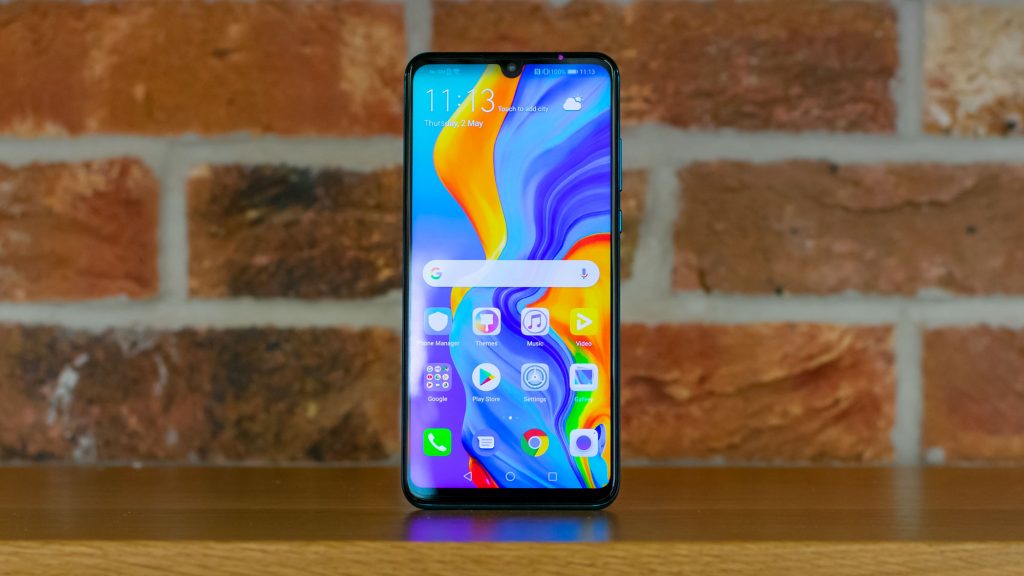 If you’re looking for a cheaper version of a flagship smartphone, it’s worth considering the P30 Lite. Approximately half the price of Huawei’s P30, this handset looks just as good and features a triple-lens array.

While the P30 and P30 Lite look very similar, there are important technical differences. For instance, the P30 Lite is powered by the Kirin 710 chipset rather than the top-end Kirin 980 processor, and has only 4GB of RAM.

Although the triple-lens array on the back of the phone looks similar to the P30, it doesn’t have the latter’s optical zoom capabilities. But it’s still a good buy for the price even if it doesn’t quite have the wow-factor of its big brothers. We’ll take a closer look at the phone and its technical features.

The lower specification reduces the price to £329, slightly cheaper than the Mate 20’s ‘Lite’ version when it launched late last year, and just under half the price of the P30, but nearly £600 cheaper than the mighty P30 Pro. But there are phones that are deemed to offer better value. Critics point to Xiaomi’s Pocophone F1, powered by the Snapdragon 845 and costing £345; the Sony Experia 10 Plus; and the Nokia 8.1.

Huawei has made very few changes to the overall design of the P30 Lite. While the casing lacks the silver-tinted edges of its siblings, the 3D curved glass back is said to be comfortable to hold and the iridescent, colour-gradient finish is widely regarded as stunning. The only slight drawbacks are that the aluminium finish marks easily and the triple-lens array protrudes far enough to make the phone sit awkwardly on a flat surface.

The handset doesn’t feature an in-display fingerprint reader for secure unlocking, instead of which there’s an awkwardly-positioned fingerprint sensor on the back of the phone. Although you can still use the fast facial unlock if you wish. The rest of the phone’s features are all in the right locations. The power button and volume rocker are situated on the right edge, with the USB Type-C port, speaker grille and 3.5mm headphone jack on the bottom edge.

Unfortunately, the P30 Lite isn’t coated in Gorilla Glass and lacks any officially-rated dust and waterproofing, so will need to be protected from the elements. Having said that, there is a factory-fitted screen protector which should protect against scratches and minor falls.

Like its siblings, the P30 Lite features a circular drop notch housed in the top of the display, as well as very narrow bezels on the borders of the screen on the sides and bottom of the phone. But there the similarity ends, for the 6.15”, 2,312 x 1,080 resolution screen uses an LCD panel rather than up-to-the-minute OLED technology. It’s not a bad screen for the price － Apple has only recently adopted OLED for its premium smartphones － but the black doesn’t look as inky and the contrast is a little weaker.

Gaming isn’t the P30’s forte. The graphics card can cope with older simpler games but will struggle to play the latest games at a decent frame rate. So don’t expect premium visual quality and seamless motion. The handset’s battery life is also underwhelming. In a recent test, the phone lasted only just over 10 hours before needing a recharge, in contrast to the P30 which lasts more than eight hours longer.

This is where the P30 Lite really scores. Unusually for a phone at this price, it has a triple-lens array consisting of two wide-angle lenses and a depth-sensing unit which helps to improve blurred-background portrait photos. The quality of the images is generally good with detail and colours accurately represented, although the auto-shoot mode tends to overexpose most images. There’s also a large choice of shooting modes, e.g. time-lapse, night and portrait modes.

The P30 Lite is a bit of a curate’s egg － good in parts. If you want a device that looks like a premium smartphone at a mid-range price and you don’t mind inferior battery power and performance, this handset is for you. But the Pocophone F1 offers better value for just a little more dosh. You pays your money and you takes your choice!